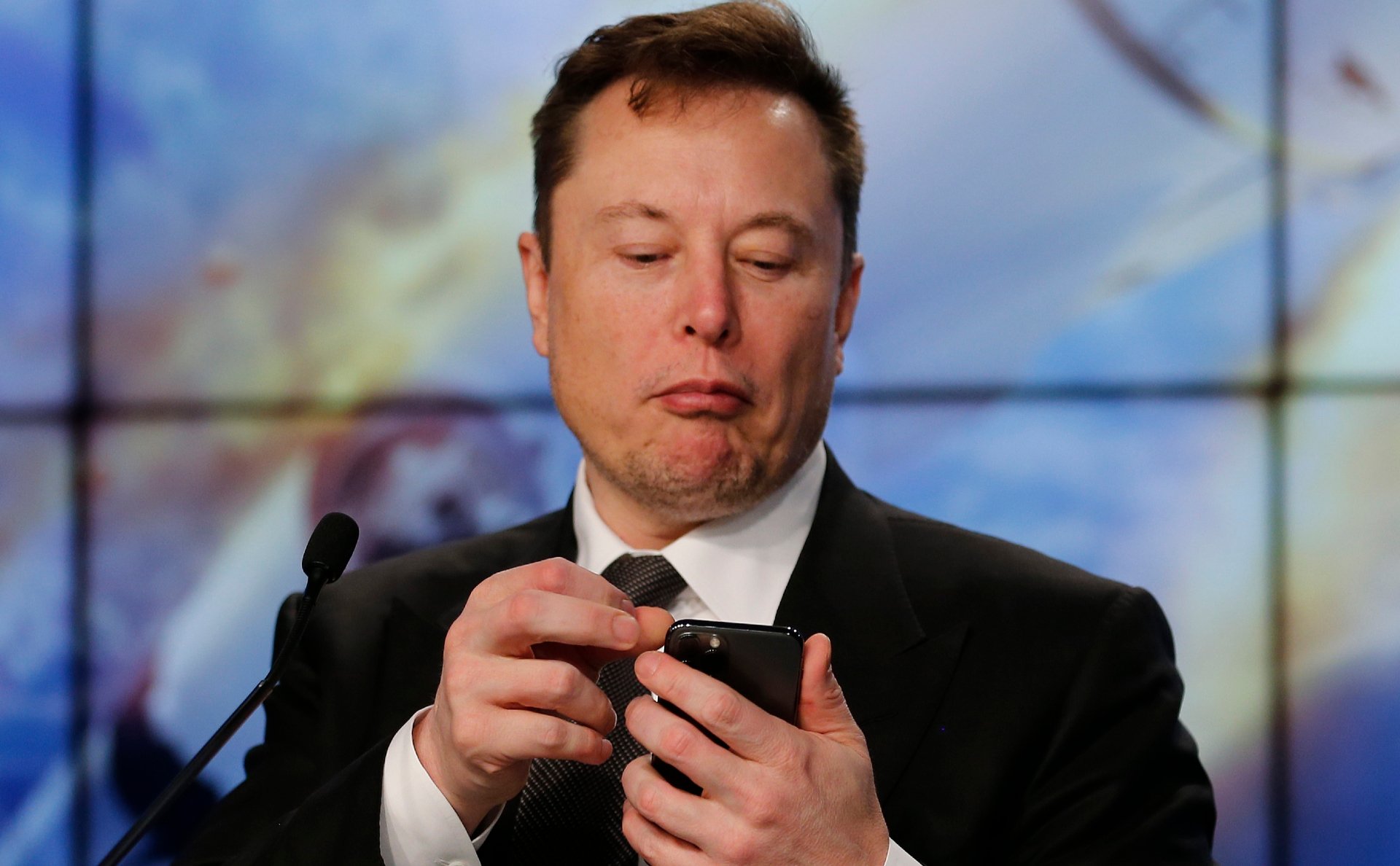 Today (May 13, 2021), the capitalization of the entire cryptocurrency market has fallen by 12 percent, minus over $365 billion. The reason was an unexpected statement by Elon Musk, which led to BTС and, consequently, other cryptocurrencies dropping in value.

The owner of Tesla said that he changed his mind about accepting Bitcoin as payment for electric cars. The developer announced his decision on Twitter, indicating that he continues to see the prospect of using cryptocurrency, but believes that it is long overdue for miners to find a more environmentally friendly way of mining. Musk is concerned that the industry has recently experienced rapidly increasing use of fossil fuel, coal included, as it leads to the most harmful emissions into the environment.

However, Musk is in no hurry to say no to the bitcoins that are stored in Tesla's accounts. It is to be recalled that at the end of last winter, the company announced that it had bought $1.5 billion worth of Bitcoin. The information triggered a strong rise in Bitcoin, but today's announcement had the opposite effect. It is reported that once the tweet was posted, the BTC price fell by 5 percent. By the way, Tesla shares also suffered (-4.42%), but not as much as the crypto industry. Musk's statement caused a drop not only in Bitcoin, but also in other coins, in particular, Ethereum lost about 14 percent, and Dogecoin about 19 percent in value.

The head of Amber Group believes that the sale of assets took place not only in the cryptocurrency segment, but also in the entire technology industry, and Elon Musk’s statement is not the only reason for this. His tweet became just a kind of indicator that strengthened the trend that had been forming for many months.

The current drop in Bitcoin has been the biggest in the last few months. Due to the liquidation of margin positions in the cryptocurrency market traders lost over $3.7 billion in just a day. During this time, 340 thousand positions were forcibly closed, and the largest liquidation amounted to $38.7 million.

Is falling BTС in Tesla's interests?

Some analysts believe that Elon Musk deliberately triggered the drop in cryptocurrency prices to acquire even more virtual coins and then wait for yet another rise in value to increase his funds. Many are convinced that the developer has used similar tricks before.

However, the head of SkyBridge has a different opinion. Anthony Scaramucci believes that Tesla is simply planning to enter the crypto mining market with fundamentally new technologies aimed at preserving the environment. This is quite a logical explanation because in his today's statement Musk talked exactly about the need to implement ecological mining.

What will happen next?

Given the circumstances, analysts find it difficult to predict further developments. Now a lot depends on large institutional investors. If one of them decides to sell BTС assets, the market can crash.

The current situation may worsen amid the falling American stock market and the ETH creator's refusal of "the assets imposed on him". The creator of Altcoin, which boasts an impressive capitalization, has donated 500 ETH to an Indian foundation to fight the coronavirus pandemic.

The only thing analysts agree on is that a retracement will happen soon and continue for a while. The current decline in value can be an excellent basis for entering the market, however, prices may keep falling, so the purchase of the assets can be delayed. New lows are expected this quarter.