Tags
bitcoin Cryptocurrency FTMO Indicators Information News Recommendations Strategies trading
See all posts (51)
BTC.TOP believes that bitcoin will reach $400,000 The best currency pairs to trade Most common mistakes in algorithmic trading Terms and conditions of employment with FTMO Bitcoin may fall to $10,000, but it is too early to panic The founders of the Africrypt crypto exchange disappeared along with their users' bitcoins What is a Buy Limit order in Forex and how to use it? India may introduce a law banning cryptocurrency trading What is scalping in Forex: all the pros and cons Elon Musk's unexpected statement crashed the crypto market Who are market makers and market users? How to pass the FTMO Challenge? Japan has several reasons to issue a national cryptocurrency FTMO is the best Proprietary Trading company The Linear Regression indicator: advantages, characteristics, recommendations The FTMO Challenge: TOP 5 tips Huge electricity costs threaten the cryptocurrency industry Benefits of working for Proprietary Trading Having no trading plan is the biggest mistake of novice traders What is a sideways trend in Forex, and how to approach it? What is capital in Forex: the size and usage Successful traders always limit their losses The McClellan Oscillator: All a novice trader needs to know Top 10 tips for turning a loser into a successful trader Pros and cons of using TOP 3 volatility indicators Aspects of Forex trading at night Top 5 unforgivable intraday trading mistakes How to trade the Diamond formation About a margin in Forex in simple terms How to use the RSI indicator Aspects of trading with a Pivot Points indicator What is Forex volatility? The Bitcoin exchange rate continues to rise steadily What is a Forex swap, and how to make money with it? What is a stop-loss in Forex trading? What is a trading terminal? How to trade in Forex market? Efficient ways to deal with emotions in trading What is forex hedging and can it help beginners? TOP 10 most infamous traders in the world The market is in anticipation of Biden's victory: Wall Street stocks rise sharply TOP 4 tips on using the Fibonacci levels Advices on choosing scalping indicators Dispelling the TOP 3 myths of algorithmic trading What are Forex Points and the Basic Rules for Their Calculation What are Forex Points? What is Leverage in Forex and How to Use It? UNDERSTANDING THE BASICS OF THE FOREX ALGORITHMIC TRADING PROS AND CONS OF USING AN AUTOMATED FOREX TRADING SYSTEM FOREX AUTOMATION SOFTWARE - HOW DO THEY WORK 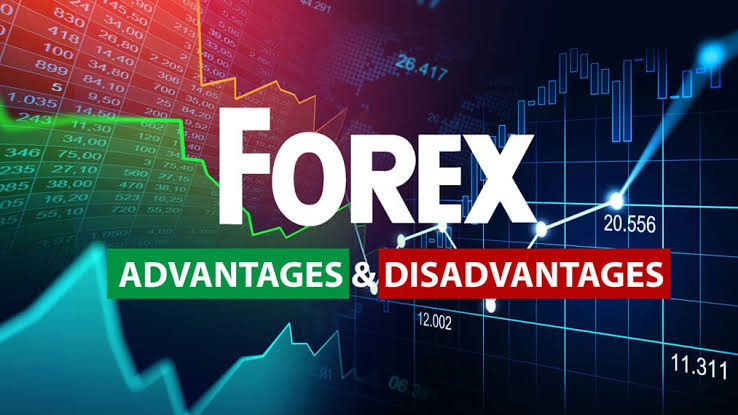 Forex Trading has become very simple to do today. Many traders do not have to do the manual trading and sit down looking at charts and graphs all day.

With the help of Expert Advisors, the process has become very basic. You just state how much you are willing to risk and then, you are notified on the success of your trade. They simply do your trade for you without you being physically present.

It is software powered by Artificial Intelligence which submits transactions using algorithm created by highly experienced forex experts based on previously successful patterns which have been watched for years. Another name for this form of trading is algorithmic trading.

Before choosing a particular Automated Forex Trading system there are things you have to know about the upsides and downsides of using an automated trading system.

Do you feel like you are spending too much time in front of a computer screen and it is beginning to take a toll on your relationships? Do you try to get more work done but it just seems like you have to catch some sleep? Are there times you wake up from sleep and see how you missed out on a huge opportunity to take on a trade?

Well, because the automated trading software isn’t human, it wouldn’t have to worry about any of these limitations. Trading software doesn’t take breaks; this robot doesn’t have families to spend time with like you do.

It doesn’t get tired or sleepy. It is an assistant that is willing to work overtime every day for you without food, sleep, or benefits. The forex robot is great for people who do Forex Trading as a side hustle.

Forex trading is mostly about emotion and whoever has the least emotion wins. Many people enter into trades because they have been on a losing streak and want to get their money back at all costs.

The main driving forces of some people are fear, greed and bias. Greed makes a trader hold on to a position longer than he was meant to due to because of a desire to make more money.

Fear produces almost the same effect as greed does. The difference is that it makes traders not getting into deals that they were supposed to enter into out of fear of losing money.

Automated Trading systems are a really vital way of curbing this problem in the sense that there would no emotions involved when making deals. Mistakes would be reduced drastically in the process.

New traders may sometimes get overwhelmed with all they have to learn concerning forex trading. With Expert Advisers, this process would be more seamless.

There is a high chance that the amounts that a new trader is willing to risk would make profits for the newbie at the end of the month. This is a double for the new trader because, this period whereby the software is doing his trades for him, he can use that period to learn everything that needs to be learnt while this software is making money for him in the backend.

The Software is created for you to make profit. That is its basic task and it would do everything possible to ensure that you are on the winning side of every transaction. This is because trading is done with accurate algorithm.

It is normal for new traders not to have strategies but Expert Advisors usually have preset strategy variants that can be used automatically if needed such as scalping or trading on the breakdown.

4.      ABILITY TO MONITOR SEVERAL CURRENCY PAIRS AT THE SAME TIME

With a Forex Robot, you would be given the opportunity to monitor different currency shifts at the same time. Doing this by manually can be really difficult and would have you sing multiple screens to monitor these prices.

Based on the instructions you have imputed to the software, it matches those instructions with profitable trades that would ensure you end up making a profit. This is done almost instantly when it sees the opening. You just have to get up from bed and see that you have made money—talk about passive income.

6.      IT TESTS TRANSACTIONS FOR YOU USING THE BACK-TESTING FEATURE 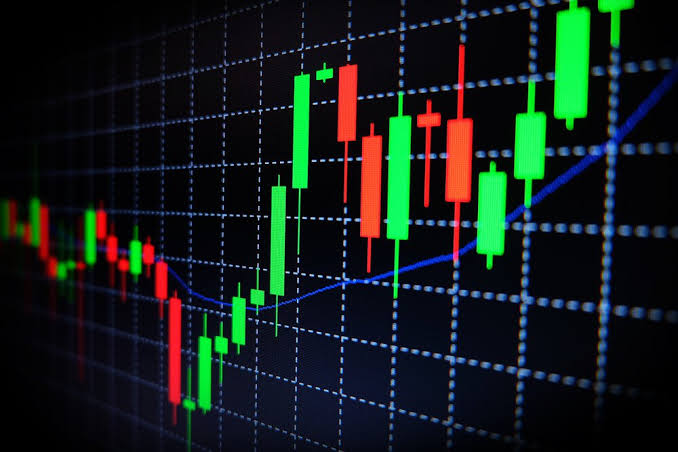 1.      NO INTEREST IN WANTING TO LEARN FOREX MANUALLY ANYMORE

2.      THE ROBOT HAS TO BE REOPTIMIZED TO MATCH CURRENT MARKET

The market is always changing and some strategies that worked previously may not work in the future. This can be risky because unknowing to the investor, he/she may have lost money before the need arises to update the software’s algorithm.

If the software is not updated, its processes would become out-of-date. For example, if there is a major market change, and your robot has been optimized to do something else, you would lose money unless the system is turned off.

The robots are not usually able to react swiftly as humans would. Probably the market shifts, humans would be able to end the trade but the robot would stay put, using his preset algorithm which would burn all your money.

3.      THE ALGORITHMS ARE CREATED BASED ON OCCURENCES FROM THE PAST

This is really risky because nobody can really predict the market. The things that worked years back may not work in the future.

The forces that control the market are not human or fixed, so basing judgments about transactions on reoccurring patterns that might change in the future can prove futile.

This exposes the software to the unpredictable future occurrences of the market.

4.      PEOPLE THAT DON’T KNOW HOW TO PROGRAM WOULD HAVE ISSUES

Setting up a robot requires that you know how to code. Giving the robot instructions require coding because that is the only language that they really understand.

On the other hand, some companies can set everything up for you; who have experienced programmers.

The expenses that go into getting your own robots to do your trading without knowledge in programming can be on the high side. This is because, without knowledge of coding, you have to hire a programmer who would help you input your instructions to the robot. The robot only understands code, and you have to keep putting in new patterns with code and that costs money.

Learning how to code would take a long time. Even when you learn to write programs, some manual interventions can cause you to lose trades.

You can allow software trading companies to do everything for you but it can be relatively expensive. This is because; you have to pay for every transaction. This is not the ideal method of trading for new comers because they do not have the capital to pay for these fees.

PAMM is short for percent allocation management module. What this person does is that he managesdifferent trading accounts for various individuals using trading software, with a single aim of making profit.

Why the Percent allocation management module is advisable is that it is handled by an experienced forex trader who is also a programmer. This gives him the ability to correct codes which when the market is changing.

Some PAMM managers do their forex trading manually without any software. This shouldn’t matter to you because what you need to concentrate on is their history and results.

How it works is that, you pay some money into your traders PAMMaccount and this person makes trades and gets compensated only when he makes profit. Then you get your profit afterwards.

Your PAMM manager tries his possible best to reduce losses for you and make as much profits as possible. The undeniable truth is that no matter what trading method you use you should always expect a loss; because losses are something that no one can avoid

WHAT ARE THE RISKS OF THE PAMM

Before entering a deal with a PAMM manager, check his PAMM account balance, if all the money he keeps there belongs to customers, then he doesn’t have anything to lose and he isn’t using his personal money. If you can confirm that he uses his personal money too, you would be more confident about his risk management

Check the History of his account. This would tell you how long this trader has been in the business and traders that have been in the game for long is always a benefit for you.

Get a reliable PAMM manager here